Olivier Roussey and Philippe Burger on Gras Savoye Berger Simon Obportus have finished tenth in the Class40 of the 13th edition of the Transat Jacques Vabre after crossing the finish line in the Bay of All Saints in Salvador de Bahia, Brazil on Sunday, November 26, 2017 at 10:08:52 (UTC), 20 days, 16 hours 41 minutes and 18 seconds after leaving Le Havre, Normandy, France.

For their second participation in the Route du Café (20th in 2013), these two amateurs chosen to set sail from Le Havre with a newer high-performance boat: a 2012 Lombard design. The challenge was clear: to master the machine and get to the other side of the Atlantic. That is not such an easy task when sailing is not your job and the hours of training are limited. Olivier and Philippe, good friends for years, were cautious from the start to preserve their boat and stay in the race. They kept a close eye on the rankings, fine-tuned settings, and worked on strategy constantly, the crew of Gras Savoye Berger Simon Obportus chose one of the most eastern routes in the fleet from the Canaries until the entry of the Doldrums.  The more powerful Eärendil caught and passed them in reaching conditions after the exit of the Doldrums, but they raced with them and Gustave Roussy to the end, finishing 10th in a class that had 15 boats at the start (3 retirements). 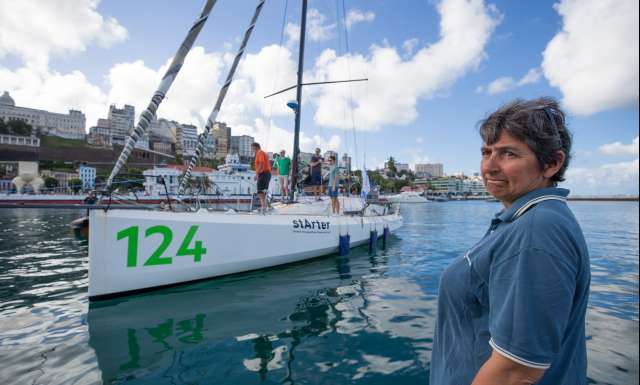 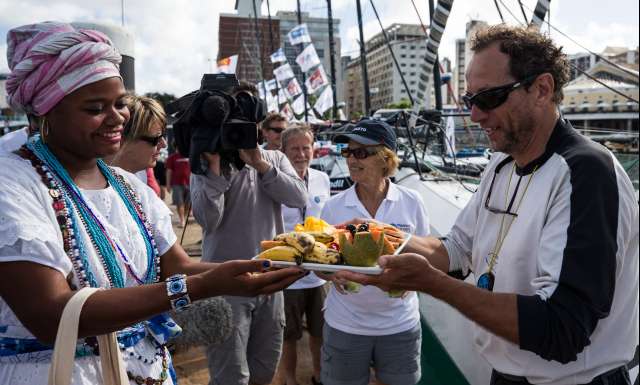 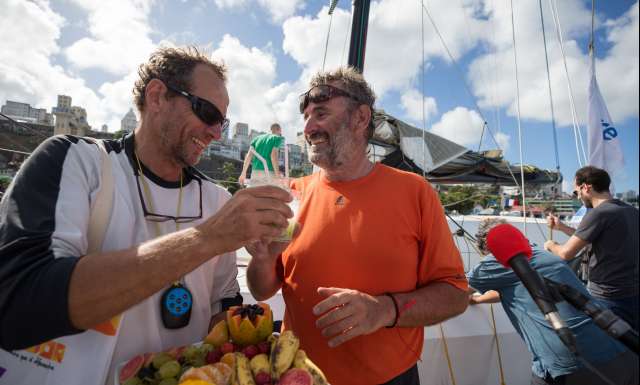 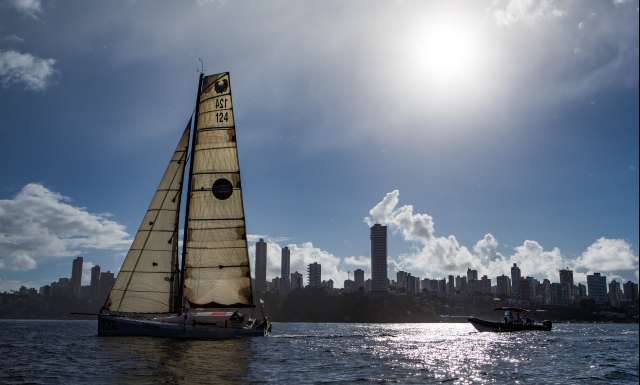 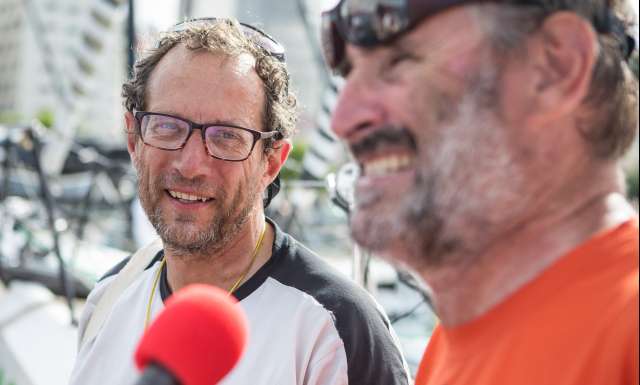 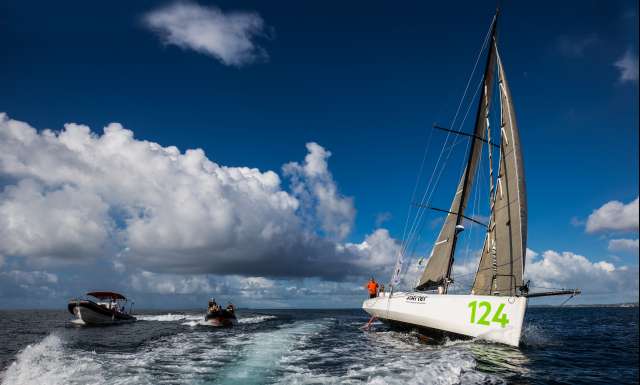 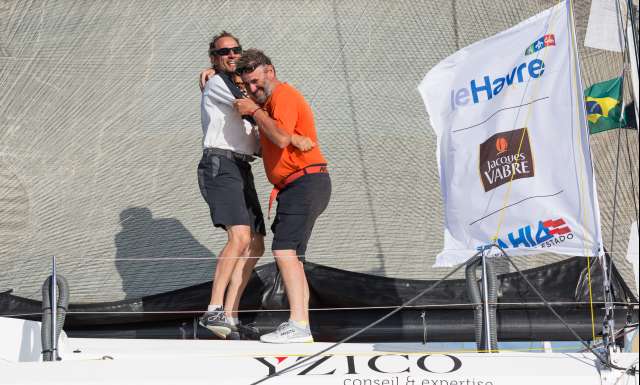 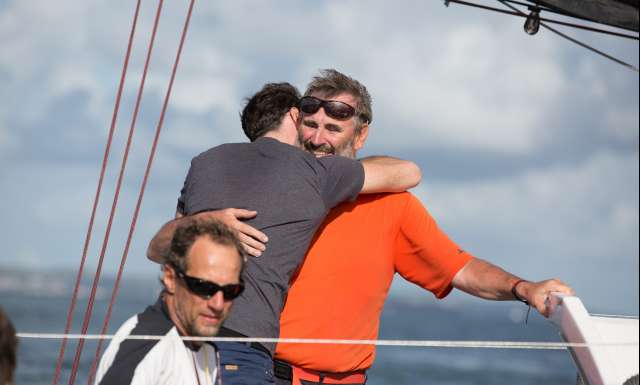