The unique flavours of the Transat Jacques Vabre grow stronger with every day of the countdown to the start of the 14thedition in six days on Sunday, October 27 at 13:15 (French time).  A sense of past, present and future is woven through the race village in Le Havre.

The presence of the latest generation foiling 60ft IMOCAs feels like a glimpse of the future, with monohulls racing increasingly like trimarans. The skippers are full of stories of their past experiences of this now legendary race and their boats, stretching back over more than 20 years campaigns, have even more stories to tell if you know where to tap the hulls and listen. Only they have born witness to what really goes on between these duos.

The Route du Café may have started as a solo race in 1993, but it is now confirmed as the toughest, longest and longest-running two-handed transatlantic race in the sailing calendar.

“I think the race is so established now, people know what it is and they keep coming back because of the history, they understand this race and that it follows historic coffee trading routes,”Britain’s Miranda Merron said. “And being double-handed also sets it apart.”

Merron, 50, is preparing for her fifth Transat Jacques Vabre and third with her partner on land and sea of 11 years, Halvard Mabire. It will be their first together in an IMOCA – Campagne de France- having competed in the Class40, of which Mabire is president.

Mabire is one of two skippers here (with Vincent Riou) who were part of the first edition in 1993. Then, just 14 intrepid sailors set off from Le Havre.

“I’ve entered three and finished one,”Mabire, 62, said. “In 1993 I had the perfect boat to win, we’d just won the Round Europe and would go on to win the Twostar. We started in a north-east wind and I broke a small piece of my rudder. In those days if you won it was enough – in Francs - to fund the campaign and buy a new mainsail. But I knew I couldn’t win with this breakage and it happened just off Cherbourg (where he was and is living), so I felt the universe was telling me: “you don’t have the money to play this kind of game.”

Some will have faster and newer boats but none of them will be able to say that they have sailed more miles together than Merron and Mabire – “about 130,000 now” Mabire said. (Especially those, who like Banque du Léman, have only just managed the 1,000 miles qualification together). They are the only skippers who are explicitly a couple in the race this time (Sam Davies and Roman Attanasio are skippering different boats). “But we’re not a couple when we’re at sea,”Merron adds. “We might have one kiss a week. We’re two skippers and at the end of the race we say: ‘hello darling, haven’t seen you for weeks.’ It really is like that.”

“If don’t agree with Halvard I say so. And If I can argue my case strong enough I’ll win. But he’s got a huge amount of experience and it’s more likely he’s right. I’ve learned from him.”

“It’s a long way to sail on a small platform. You can’t just call a taxi so you better make sure you get on well and respect the other person. I know of some spectacular arguments.”

Unsurprisingly, Merron’s strongest memories of the Transat Jacques Vabre are from her first edition, the 1999 race – and not because she and Emma Richards won the 50ft IMOCA class. It is the same for all veterans of that edition and the 20thanniversary has been keenly felt since the race village was opened.

“1999, when Paul Vatine lost his life,”she answers immediately. “We were dealing with ex-hurricane Irene and it’s really shocking when you’re I to get a message from the race organisation that someone is missing in the same race and sea you’re in.

“It was our first foray into this amazing world of short-handed racing. I’d heard of these loopy people sailing across the Atlantic but didn’t know if it was for me. But we did it and I was hooked.” She is not the only one. 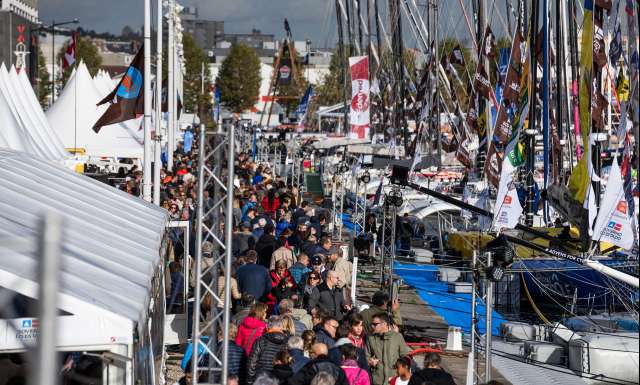 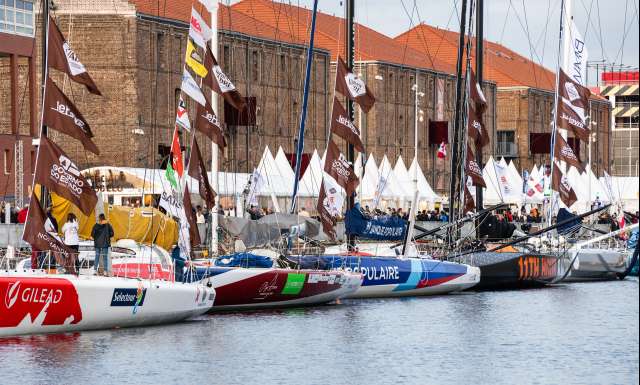