Home > News > What Boris did next

Two months after delivering Greta Thunberg on a zero-emissions trip across the Atlantic on Malizia II, Boris Herrmann is gearing up for his next challenge: the Transat Jacques Vabre Normandie Le Havre.

Herrmann, the 38-year-old German skipper, will “only” have Britain’s 25-year-old Will Harris as crew this time on his 60ft foiling monohull for the longest and toughest transat in the racing calendar.

The 14th edition of the 4,350-mile bi-annual race starts from Le Havre, France on Sunday, October 27, 2019 at 13:15 (French time) and takes the crews across to the Equator to the finish in Salvador de Bahia.

The 2019 edition is already shaping up to be historic. This is the first time since the creation of the “Route du Café” in 1993 that so many competitors have wanted to brave the Atlantic double-handed. There will be 59 boats from 11 nations, that is 120 sailors, spread across the three classes of boat - 27 Class40, 3 Multi 50 and 29 IMOCA.

Unite behind the science

Malizia II’s mainsail bears the same message “Unite Behind The Science”. Herrmann will doubtless always look back fondly on his two-week delivery of Thunberg, the 16-year-old Swedish climate change activist, to the UN Climate Action Summit, but the demands of a foiling IMOCA move you on quickly.

“Everybody is focusing on the race now and so are we. This is something, we’ve done, it remains with us, the message we keep on the sail,” Herrmann said. “The people we meet on the dock, the sailing community, have all discussed it at length, so no one asks, ‘how was it with Greta?’ They have read about it, it was fine, some people think differently than others, but it happened a couple of months ago.

“It was really fun to do it with her because she’s very reliable and relaxed. She coped so well with sailing on this kind of boat. She said, ‘you adults, you worry about small things.’ She worries about the planet, she feels this, it’s an existential threat. It really stresses her out, the boat is simple for her. I think that’s what’s going on in her mind, there’s much bigger things to worry about than a bit of comfort and she’s right.”

Herrmann’s outreach work for climate change and reducing carbon emissions continues apace and the wind is now blowing his way. Climate change has become a foreground issue for sailing event organisers and sponsors in the last few years. The Transat Jacque Vabre has signed France’s new Charter of the 15 eco-friendly commitments for sporting event organisations and is running a #NoPlasticChallenge on site. Malizia II is one of three IMOCA with 4myplanet and Newrest – Art et Fenètres that will launch a two-metre long 30kg profiler during the race that will measure ocean salinity and temperature and will be tracked and picked up after three years. It is a joint project with IFREMER Brest, Jcommobs and UNESCO-IRS.

“For the Malizia Ocean Challenge, we measure CO2 data in the ocean in the context of climate change,” Herrmann said. “And the other aspect of the project is kids’ education and to get them fascinated with the ocean and protection of the planet. It’s with 8-12 year-olds. They all know about climate change and Greta, but we started with this a long time before Greta started her school strike. It merged together coincidentally.

“Greta was giving a speech in Hamburg and we saw her and thought if she needs to sail somewhere we can offer to take her. Then she asked on Twitter for a boat and we suggested it to our team boss, Pierre Casiraghi, (the son of Princess Caroline of Monaco) and he loved the idea. It was really natural and they saw that we weren’t just bandwagoning her fame.

“Also, in parallel we had the plan to make the boat zero emissions, we had just put the solar panels in and we could say, ‘look, we have a boat that’s ready and zero emissions and fast enough to go around any hurricanes.’”

Avoiding hurricanes will be the one similar part of the plan for this high-speed Atlantic crossing. 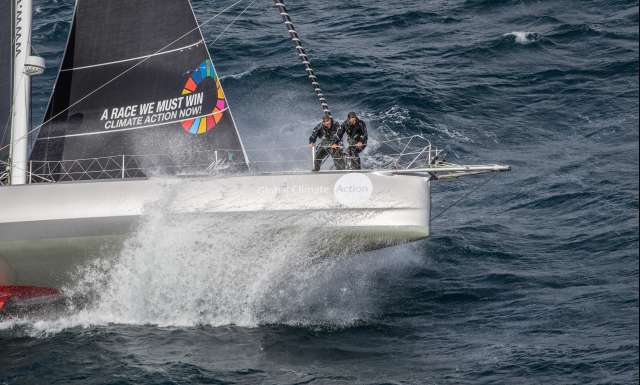 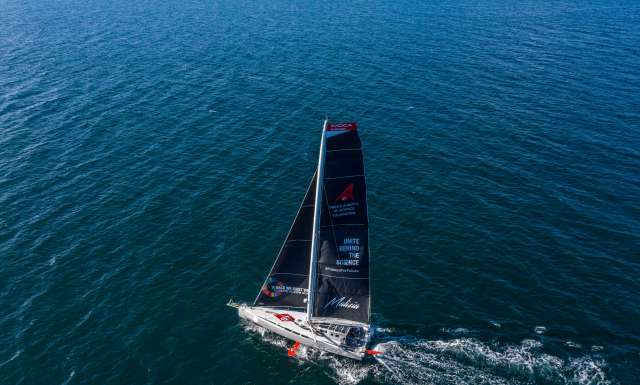