The 35-year-old Havrais, Charlie Dalin, completed more than one arc than the 5,061.85 miles he and co-skipper, Yann Eliès covered in winning his first Transat Jacques Vabre on his latest generation 60ft monohull, Apivia. 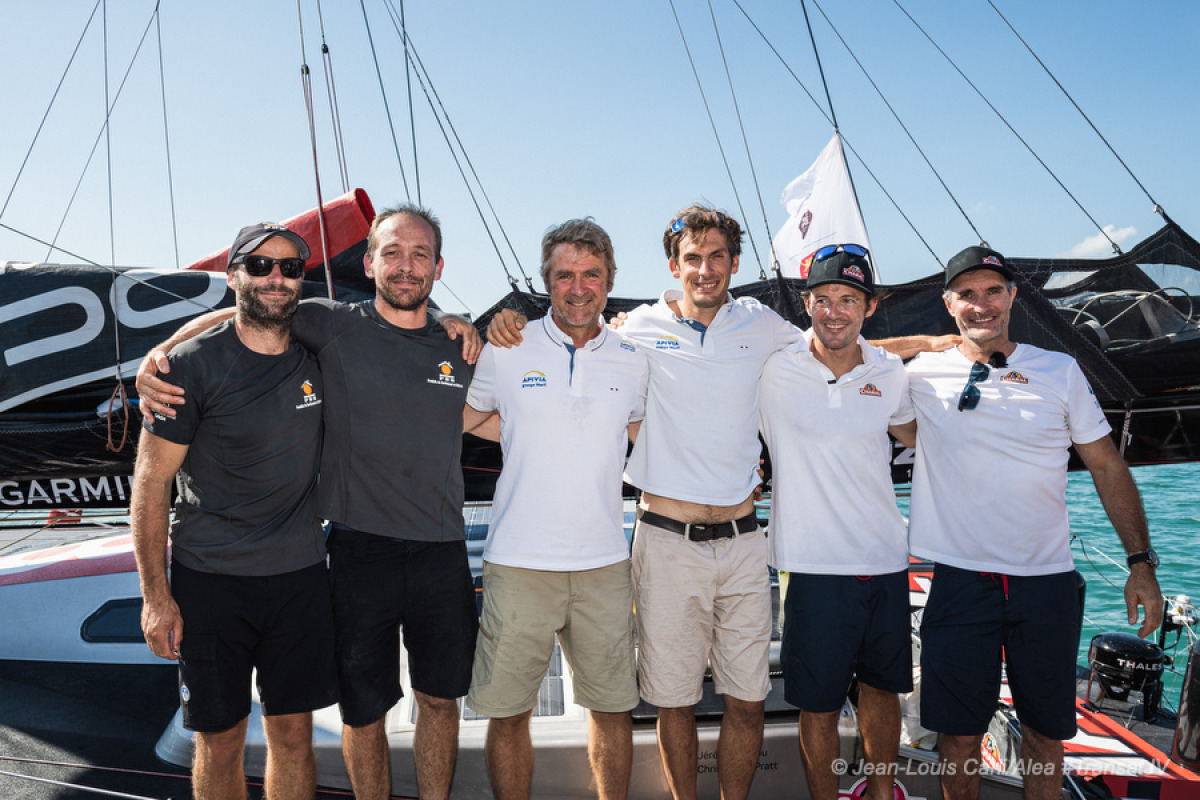 Born and raised on the waters around Le Havre, it quite possible that one of the thousands of young children introduced to an optimist by the Normandy Sailing League in the ten days before the start will go on to emulate him.

“It's my best win for sure,” Dalin said. “It's a race I grew up with, that I would dream about after school and that I went on the pontoons to admire with the boats in Le Havre.”

Eliès, 45, joined elite company with his third victory in the Transat Jacques Vabre Normandie Le Havre, and retains his title having won the IMOCA in 2017. He won on a different platform, the Multi50 in 2013. It was his sixth edition overall.

Apivia was not the great favourite, but some smart pundits favoured them pointing out they were a proven team having finished third together in the IMOCA in 2015 - Dalin’s only previous Transat Jacques Vabre. But they had only launched in August and the favourites, Charal, had been optimising for a year and were the first to achieve full flight. This Route du Café was to be theirs. Launched just before the Route du Rhum in 2018, Charal is the pioneer of a new generation, the first foiling IMOCA monohull to achieve full-flight. Jérémie Beyou and Christopher Pratt spent a year of methodical and hard work developing it to learn the new settings that enable their aerobatics.

The routing by the five teams with latest generation foilers showed that a record-smashing 10-day finishing was possible for their boats. That would have knocked three days of the record set in the last edition. But as the forecast became clearer 48 hours before the start, it was obvious that this was going to be a much tougher and tighter affair and so it proved. Big seas, high pressure (in all senses) and a shocking Doldrums compressed the field. “The waves are a great leveller,” as many a skipper said on the pontoons

After a cautious start, Apivia were part of big pack in the Channel, all pushing hard. As they passed the first depression, they tacked south with a group led by Initiatives-Cœur. Charal took the lead but hesitated and adjusted course at Cape Finisterre, while a group of five IMOCA, - Hugo Boss, Malizia II Yacht Club de Monaco, Bureau Vallée II, Maître CoQ IV and Prysmian Group; later joined by Advens for Cybersecurity invested heavily in the west. The dividend they were looking for was completely lost in the inflation of a ridge of high pressure bubbling up four days later.

On October 30 at 19:00 UTC, Apivia took the lead of the race among the southern group. Upwind, the Verdier-designed boat, seemed to be very fast and dug out a small lead at the approach to the high-pressure ridge around Gibraltar. On November 1, at the end of the morning, Apivia sent an incredible video. It showed the black hunter, Charal, rolling flying over the top of them, apparently three knots faster in the light conditions that the Charal is particularly fond of. It was confident and generous to send the video, but did it show the vulnerability of Apivia at the entry to the northeast trade winds?

Meanwhile on November 3, disaster struck Hugo Boss, as they told the race office that they were withdrawing from the race with the keel of their brand new 60ft monohull attached only by the hydraulic ram after hitting something in the water whilst travelling at around 25 knots.

The Doldrums
The race will be remembered for Charal’s epic stall in the Doldrums. Charal was 120 miles ahead of Apivia when they entered the Doldrums at around 07:30 on November 5. At times they completely stopped, as Apivia redirected 50 miles east and flew by, almost without pause.  Every time Charal had looked like finally escaping the clutches of the Inter Tropical Convergence Zone, they were sucked back in. “We stopped looking at the rankings, because wasn’t humane, it became unbearable,” Beyou said.

Apivia’s early acceleration in the trade winds meant that even when Charal was out of the Doldrums on November 8, they continued to lose miles, peaking at being 302 miles behind at the 19:00 (UTC) ranking on November 8 – a total loss of 422 miles. They were briefly back in sixth position as they exited at a bad angle in the west.

It meant that Apivia was literally able to coast the length of north-east Brazil to the finish line in the beautiful Bay of All Saints whilst everyone behind them scrapped for the other podium places.

Remotivated in the south-eastern trade winds Charal once again showed what it can do. Charal passed its competitors one-by-one…until PRB, a 2009 design upgraded with foils last year, held off their assault, just.

Charal finished just 6 minutes and 18 seconds behind PRB. Their finish was as dramatic as any into the Bay of All Saints chasing PRB all the way down the coast.

This race was clear evidence of the power of the latest generation foiling boats. They are undoubtedly faster overall. But clearly not in all conditions. Two things emerged, we cannot just talk about the generation of the boat anymore, the generation of the foils is also essential. The performance of PRB and Britain’s Samantha Davies, who finished seventh with Paul Meilhat in her heavily upgraded 2010-designed Initiatives-Cœur (before losing their A3 sail) showed how competitive boats that are two generations older can be. Even more impressive was Banque Populaire, a 2010-design with just the old daggerboards.

But perhaps we should not overstate this. Even in particularly light wind race with sometimes big seas, the comeback of Advens for Cybersecurity to fourth place (later relegated to fifth for not rounding the final mark), was more evidence of the foilers power. But America’s Charlie Enright will be rightly proud of his 4th place with Pascal Bidégorry on 11th Hour Racing (the former 2015-design Hugo Boss).

Ari Huusela became the first Finn and Scandinavian in an IMOCA to finish the Transat Jacques Vabre Normandie Le Havre as he and Irish co-skipper, Michael Ferguson, forced Ariel II across the finish line in the Bay of All Saints to finish twenty-sixth. There was no mistaking that it was them, because you could see Salvador through their mainsail. Huusela will be back in his day job flying an A350 for Finnair to Phuket on November 21. But None could match the sheer joy of Pip Hare and Ysbrand Endt as they crossed the line in twenty-fifth.

Key moment: The Doldrums: Charal park up, Apivia drive by.

Did not finish: Hugo Boss; MACSF 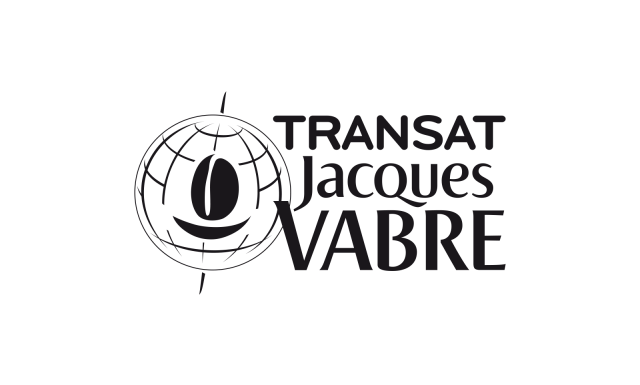