LinkedOut has taken victory in the IMOCA class, crossing the line in Martinique after 18 days 1 hour 21 minutes and 10 seconds of racing.

Co-skippers Thomas Ruyant and Morgan Lagravière claimed their first race victory aboard this latest generation foiler thanks to a superbly sailed race that saw them lead for an extraordinary 72% of the race.

Although the course was set at a theoretical distance of 5,800 miles the french pair actually covered 6,691.30 miles and averaged 15.44 knots.

Thomas Ruyant speaking after crossing the line said, "I had a lot of fun on the water with Morgan. It's a great sporting experience, these are rare moments. This victory has been in the making for several months, for several years, thanks to the great team working on this project. A lot of things were done before the start. We were lucky enough to have a boat that was ultra-ready, in which we had confidence, on which we could pull, which we did not spare."

Morgan Lagravière added, "It's a good moment, winning a race is always a pleasure. These are moments of happiness, you have to be able to enjoy them, to savour them. It is not only the sporting result, it is also the values and the human dimension." 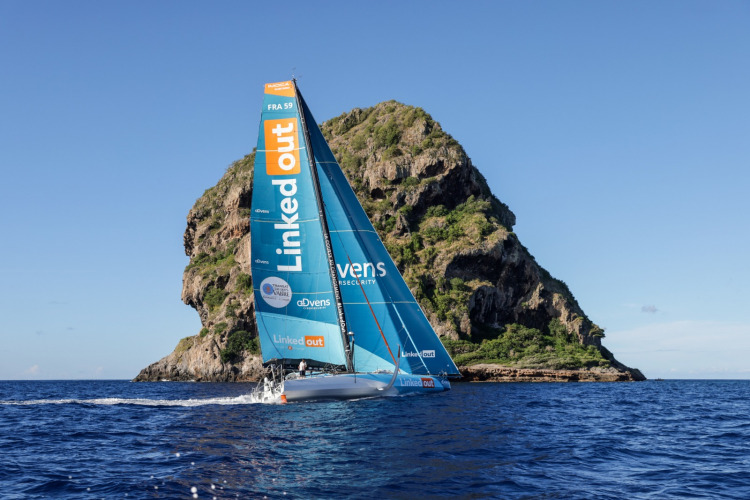