After more than twenty days at sea the difference between fourth and fifth in the IMOCA class was  just 21 minutes 40 seconds between Britain's Sam Davies on Initiatives Coeur and an all-French crew aboard Arkéa-Paprec. Italian Pedote took sixth.

After a long and hard fought battle all the way up the Brazilian coast to the finish line in Martinique, Sébastien Simon and Yann Eliès sailed their 60 foot monohull, Arkéa-Paprec, to a fourth place finish. They completed the course in 20 days 17 hours 8 minutes and 30 seconds covering 6,670.9 miles at an average speed of 13.42 knots.

Sam Davies and co-skipper Nico Lunven will be very pleased with their fifth place considering the age of their boat Initiatives Coeur which was built in 2010. Their race stats are evidence of a skillful performance both driving and navigating; total distance covered 6,440.1 miles averaging 12.94 knots. Davies has a new boat on the way and this result will act as a shot over the bows of her rivals. 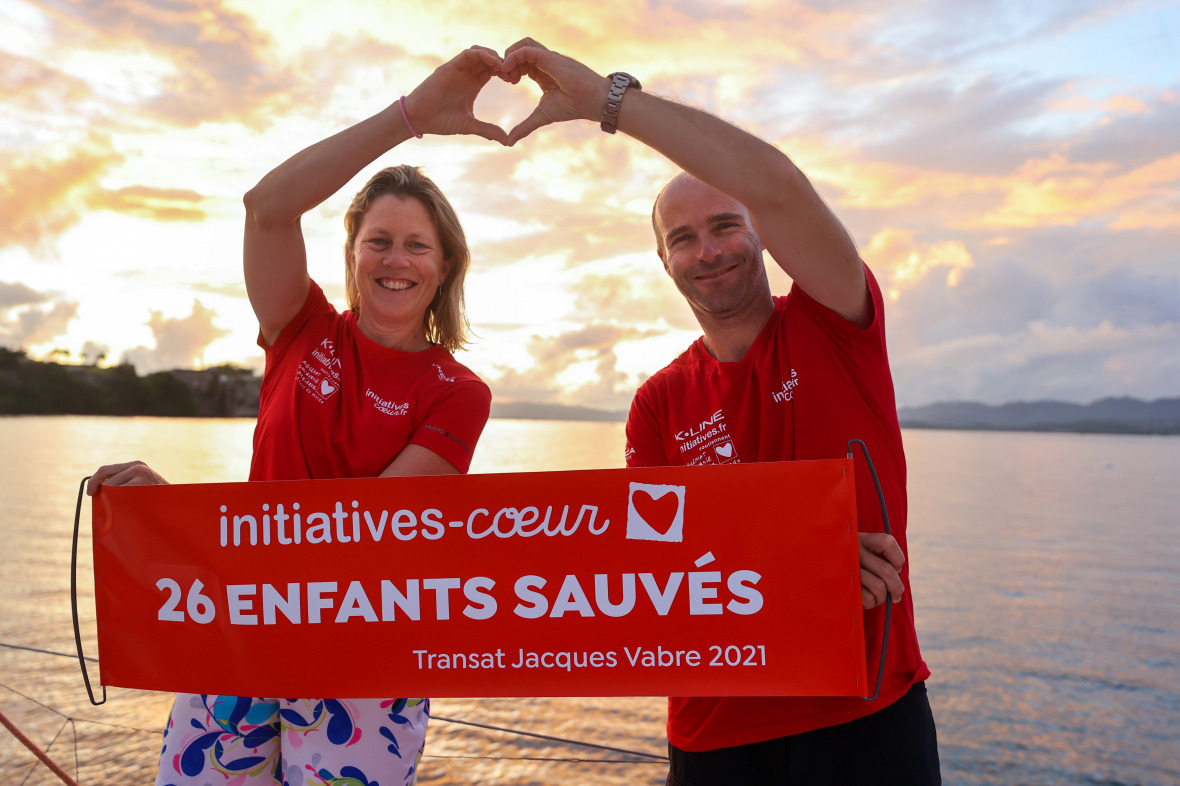 Sam said after crossing the line, "I think if someone had told me that we were going to be playing alongside the new boats for the whole race, I wouldn't have believed it. We are super proud. It was a hard and long race. It went very well on board. The magic of ocean racing is that we never stop learning. This was my third Transat Jacques Vabre with this boat and I never get bored."

Sam and Nico's 20 days at sea also raised enough money for a further 26 children to receive life-changing heart surgery as part of the Initiatives Coeur campaign.

About 1 hour 45 minutes behind Initiatives Coeur came Italian Giancarlo Pedote and co-skipper Martin Lepape. They guided their boat to sixth place having covered a total of 6,464.13 miles at an average of 12.95 knots. 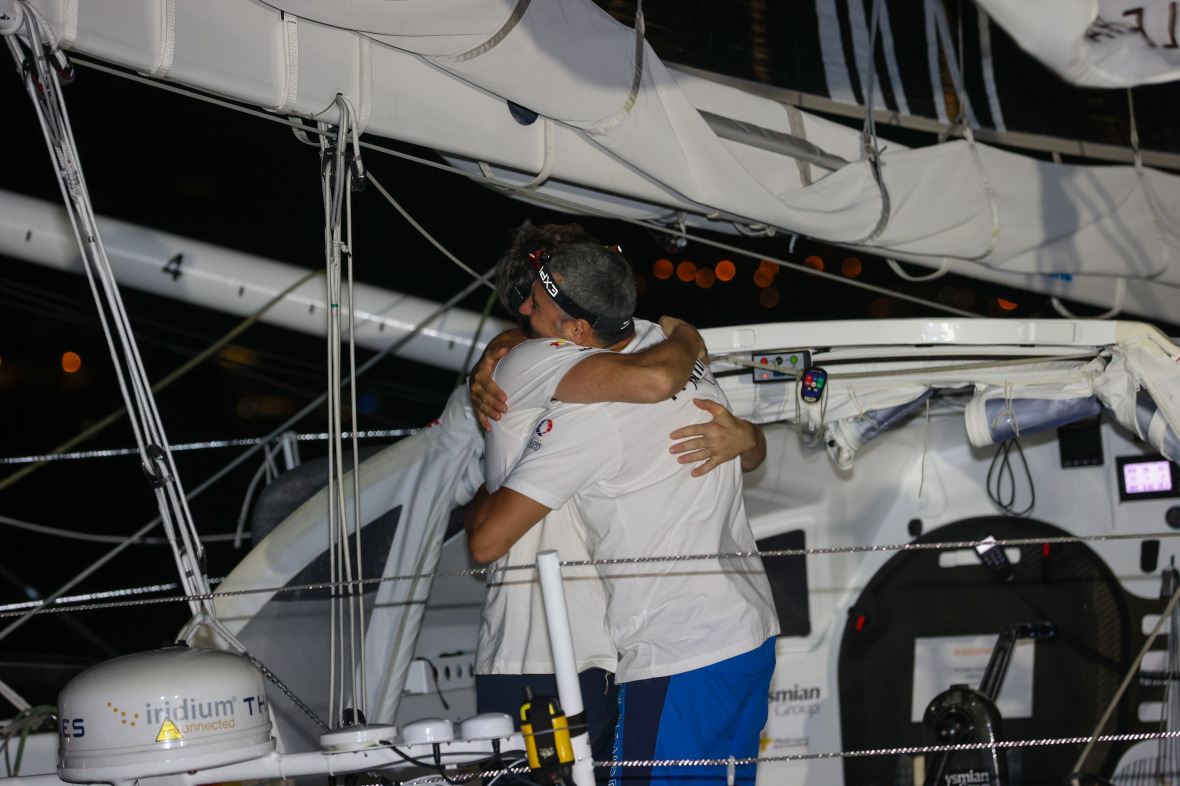 As the IMOCAs continued to cross the line, the three leading boats and their crews were honoured at the official prize-giving ceremony in Fort-de-France, Martinique.

The ceremony was also an opportunity to honour Apivia for her victory in the IMOCA Globe Series 2021 circuit. Apivia's second place in the Transat Jacques Vabre race sealed the overall season title following wins in the Rolex Fastnet (in August) and the Défi Azimut (in September). Charlie Dalin and Paul Meilhat beat LinkedOut who finished second on 131 points - 12 points behind Apivia. 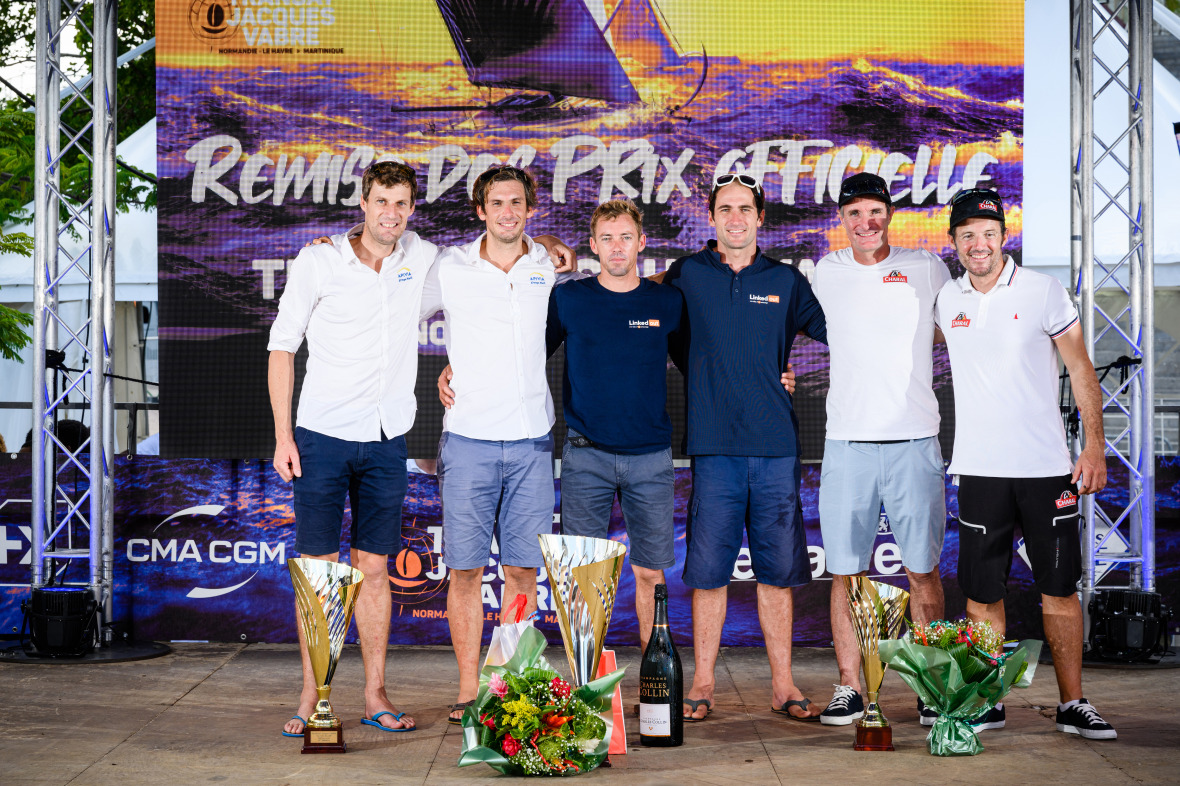