Co-skippered by Charlie Enright (USA) and Pascal Bidégorry (FRA), the boat crossed the line in 21 days 13 hours and 37 minutes, successfully completing its first major race since launch at the end of August this year.

Mālama had a strong start to the race, consistently in the top five, before damage to the keel fin was discovered on day 13. This forced the crew to sail at no more than 70% of the maximum speed possible for the final week of the race.

Speaking in Martinique, Enright said: “We've arrived safely and that's one measure of success for us -  I am proud that we have made it here. It was a race of two halves - there was a lot of good and a lot of bad as well, and the paradigm between the first half and the second half has been immense. We have had to dig really deep from a mental point of view to get here to Martinique as it would have been easy to give up and pull into Brazil. But our goal was to get to the finish line of the Transat Jacques Vabre and we've made it. It's a victory of sorts.” 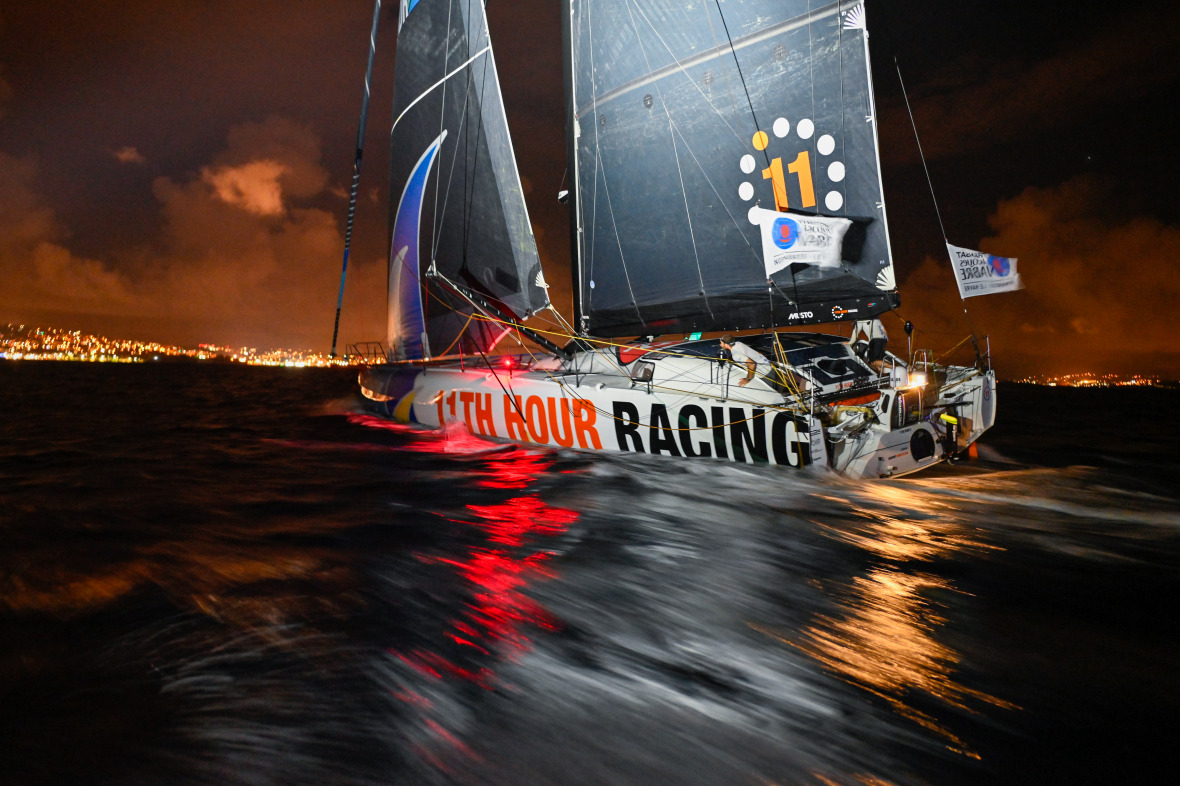 Launched at the end of August 2021, the crew had just two weeks of sailing onboard Mālama, and six nights offshore, before they set off on the Transat Jacques Vabre,” said Enright.

11th Hour Racing Team CEO Mark Towill was sanguine about the Team’s result. “It hasn’t been the race we expected, but the strength and determination of both crews has been impressive. Our team’s focus now turns to The Ocean Race 2022-23 and our fully-crewed entry into the round the world race,” he concluded.