After capsizing in their 50ft trimaran, Drekan Groupe, in the North Atlantic just before 21:00 UTC last night (Wednesday), whilst competing in the Transat Jacques Vabre 2017 race, French sailors, Eric Defert and Christopher Pratt were rescued this morning by crew from the Dutch cargo ship, Beautriton. Both sailors are safe and sound.

Drekan Groupe was racing downwind east of the Azores in 25 knot north-easterlies - with violent squalls of 35 knots - and a cross sea. The boat was not under autopilot. Defert and Pratt just had time to get into the cockpit before the boat turned over completely. They donned their survival suit and triggered their Cospas Sarsat emergency beacon.

The MRCC Punta Delgada received the distress call at 08:58 UTC and warned the race management. Pratt was able to call Sylvie Viant (race director) on the Iridium emergency phone to let her know that neither he nor Defert were injured.

The boat being 380 miles from the island of Terceira (Azores), meant that no helicopter had sufficient range for a resuce. Therefore the MRCC decided to divert the nearest cargo ship, the MRV Beautriton, flying the Dutch flag, which was 30 miles away from the overturned trimaran. A Portuguese Navy patrol boat was also requested to assist in the search operation.

At 01:34, the Bautriton announced to the MRCC that it located Drekan Groupe and was able to talk on the VHF with the crew. Given the weather conditions, they mutually agreed to wait until daybreak to proceed with the rescue and to remain in standby near the capsized boat. Finally, at 09:38 this morning (Thursday) the Beautriton put a lifeboat in the water and recovered the two sailors safe and sound. The cargo ship is heading to Georgetown in the United States.

At the request of the MRCC and in accordance with the International Maritime Regulations, Defert turned off the Sarsat beacon before leaving the boat (its function is for solely locating and rescuing sailors). So, now there is no longer any location information of the Drekan Group wreck. It is not yet known if a means of recovery will be put in place by estimating its drift.

This is obviously a hard blow for the skipper, Defert, who had a hard time making ends meet the project, calling on local help before leaving Le Havre. 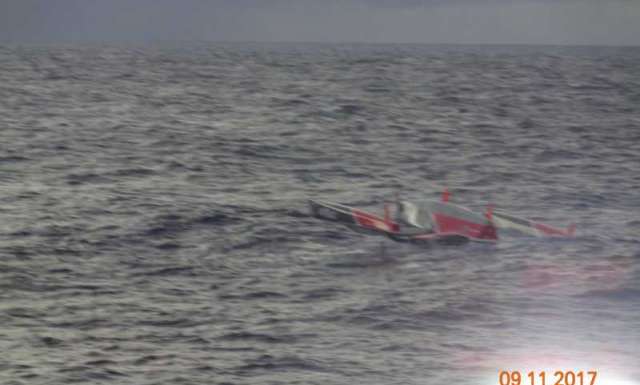 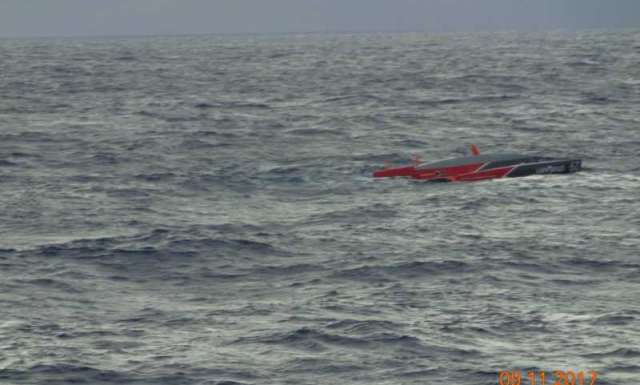 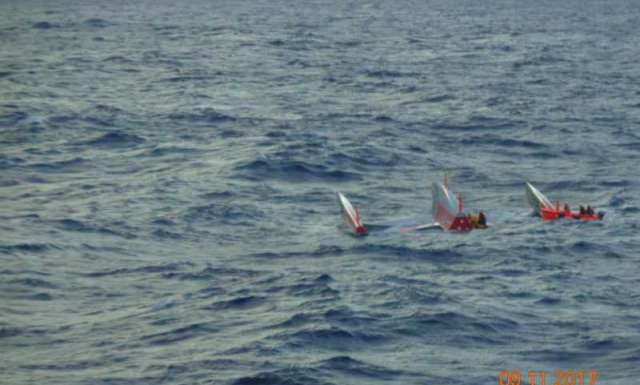 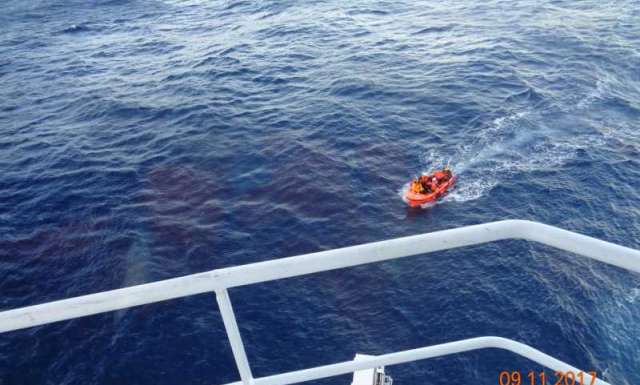