It takes all sorts to make a partnership work

1. The faux solo. Jean-Pierre Dick and Yann Eliès on St Michel-Virbac were the archetypal example of this type of duo, but it applied to the all the podium boats. “I wanted someone I could trust and that I didn’t have to worry about when I wasn’t on the helm or sleeping,” Dick said in Le Havre, “because that does happen, people have one eye open sleeping and every sound makes you say, what are they doing?” 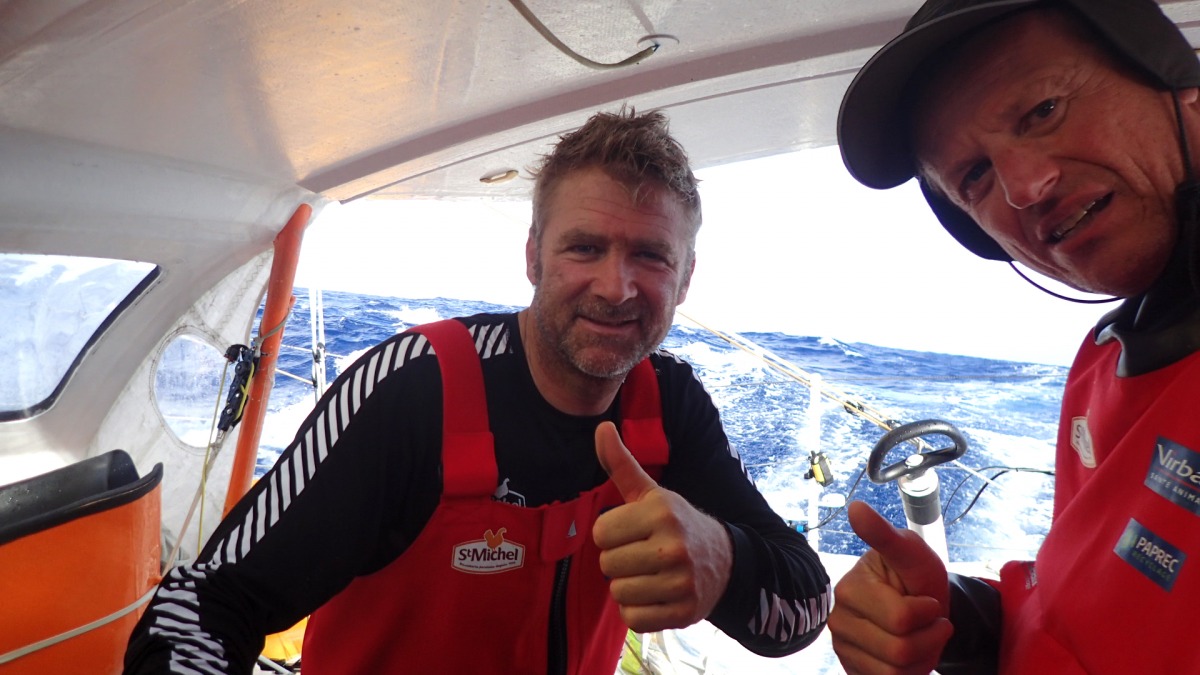 3. The Pro-Am: In Le Havre, Pierre Lacaze, a banker funding the campaign and raising awareness for a Brazilian foundation, happily compared himself to the ski jumper from an unusual country at the Winter Olympics, now looking down the steep slope…But he and arch professional Yoann Richomme managed to exceed expectation, finishing a very competitive 10th on the second oldest boat on the fleet. See also, Catherine Pourre (amateur) and Benoit Hochart (pro) on Eärendil.

4. The handover. After 13 years working to promote Mécénat Chirurgie Cardiaque, the charity which enables children around the world to undergo cardiac surgery in France, Tanguy de Lamotte is handing over the helm and project of Initiatives-Cœur  to Samantha Davies. See also, Dick handing the helm of St Michel-Virbac over to Eliès.

5. The marriage of skills: Some duos had it all worked out in Le Havre. One would helm and handle the navigation and chart table work and the other would do the rough stuff. Not all would admit that but the Italian duo, long-term collaborators, Massimo Juris, 61 and Pietro Luciani, 32 on Colombre XL, who finished a fine sixth inn the Class40, cheerfully volunteered it.  “We found our rhythm,” Juris said. “Pietro works all the time, he never stops; me? I watch and do the navigation, it's good to share.”

6. The marriage: Two on this race, well partners on land and at sea. Louis Burton and Servane Escoffier on Bureau Vallée 2 and Halvard Mabire and British skipper, Miranda Merron on Campagne de France. (Samantha Davies and Romain Attanasio were the other, but they were racing on different boats in this race).  “We’ve beeb sailing with each other so long that we know what the other one is going to say, think and do,” Merron says. “But we’re not together on the boat. We’re two skippers. I do the foredeck work and when we get to the finish I hop onto the pontoon and Halvard shouts ‘hello my darling, I’ve missed you.’”

7. The supersub: It was ninth-time lucky for the 53-year-old Lalou Roucayrol, skipper of Arkema, but his powerful project with a foiling Multi50 was suddenly in trouble this year. When his co-skipper, former winner Karine Fauconnier, was injured in training three months ago, Roucayrol had to go on a search for a last-minute help win his first Route du Café. In Alex Pella, the formidable and multi-skilled, multi-starred Spanish sailor, making his third appearance, he found skill and hunger. Both had finished second in the Transat Jacques Vabre before. They went one better this time. “Alex is reassuring to be with, and it relieved me that he agreed to go with me,” Roucayrol said. 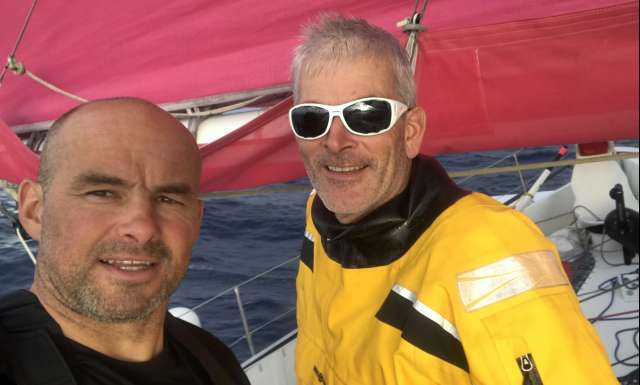 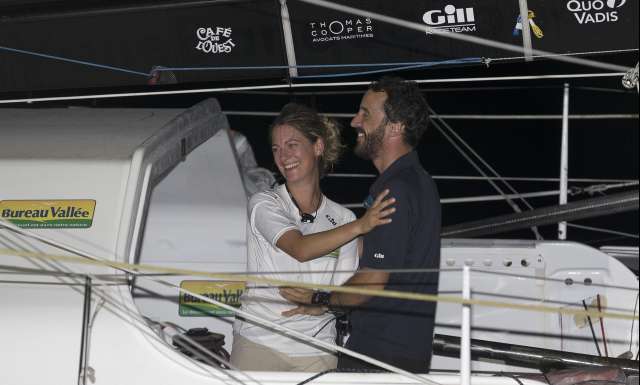 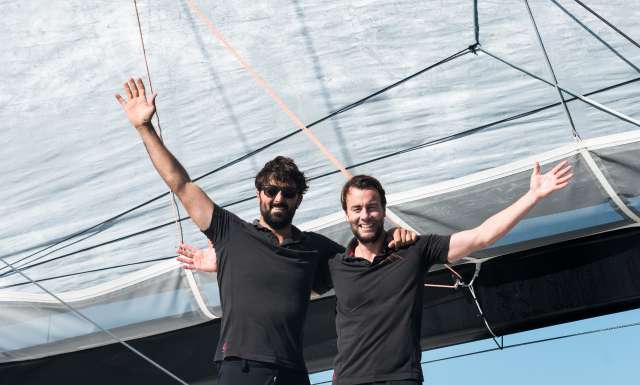 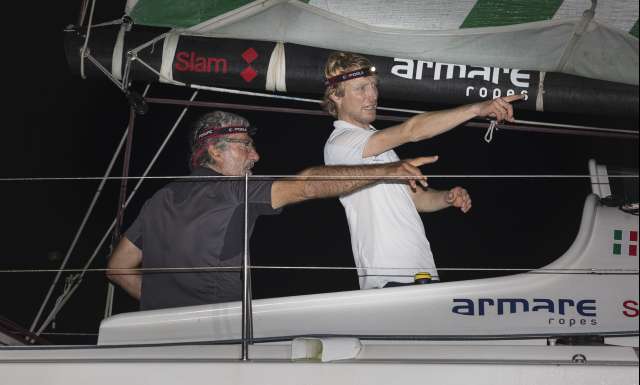 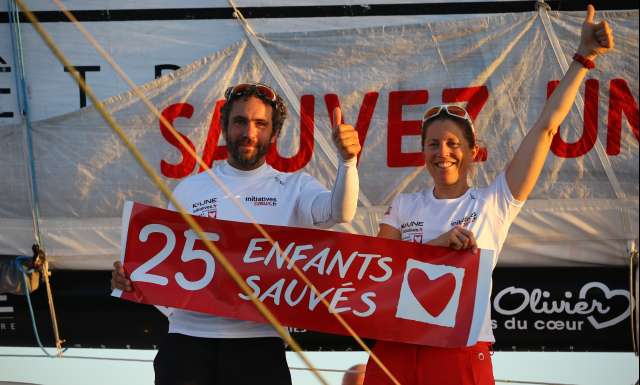