Madeira, the Canaries, Cape Verde, the Atlantic Islands; they all punctuate the route of the duos on the way to Salvador de Bahia.  Temporal and sometimes visual landmarks, these volcanic archipelagos are also the source of wind shadows that disturb the trade winds. They require precise positioning and plenty of anticipation in order not to be slowed down.

“The wind has gone to left a lot, a bit too much and I hope we won’t have to move to get past Cape Verde,” said Christopher Pratt (Charal) this morning, complaining about the variable trade winds. If you turn the map south and look down the the direction of the route you can better understand the skippers different stories of angling downwind (attention: hold onto your computer!)

The IMOCA are in the north-easterly trade winds, currently sailing on port tack, heading for the Doldrums. They are getting wind from their left, and trying to angle west as much as possible towards the entrance to the Doldrums. But for this angle, they cannot go below 140-145 ° to the wind, especially as the trade winds have softened.

When the skipper of Charalspeaks of the wind that 'turning left', he means that it has swung from north-east to north. Instead of keeping a course of 190 ° - 200 ° towards the finish as they were able to do yesterday, now Charalhas been forced to turn slightly into the wind to about 170 °. That is taking them closer to the Cape Verde islands and its wind shadow, most particularly to the island of Santo Antao, where the volcano peaks at 1979 metres high. That is considerably less high than that of Fogo (2800m), but Santo Antao has more mass and its wind shadow extends further to the south.

In contrast, the fastest boat in the leading group, Charlie Enright (USA) / Pascal Bidegorry (FRA) on the 2015 foiler, 11thHour Racing, were already west of Charal, and were able to hold their line past Cape Verde close to 190°.  At the 08:00 UTC, 11thHour Racinghad moved up two places from fifth to third. They covered 423 miles in the last 24 hours, 35 miles more than Charal, and 18 miles on Apivia in second place, who are just 19 miles ahead of them.

Timing their gybes and angles in relation to the islands are crucial to stopping milestones becoming pitfalls. And there is a lot more zig-zagging to come – it is not a straight drive to the Doldrums.

The phenomenon is the same in Madeira and the Canaries. The Class40 Made in Mini,which is currently passing 55 miles from La Palma should be ok. But things could not be more different for Pip Hare Racing, who has opted for a leeward passage from La Gomera and Tenerife where Mount Teide stands more than 3700 metres high, and is taking a real risk of seeing the breeze give up for several hours .

And of course, when the competitors make a technical stop, their re-start is sometimes laborious. In Madeira, the marina Quinta do Lorde is at the eastern tip of the island. It is usually better to accept a good port tack to the south-east rather than heading on the direct route right away, as Eärendil is doing now. In Cape Verde, the stop in Mindelo means a long re-start in the shadow of the island of Santo Antao, which is always more influential than most believe. Having re-started again in the night, the Mulit50, Primonial, struggled to 10 knots this morning with multiple gybes to get out of the shadow into clear water, and should shortly double their pace. 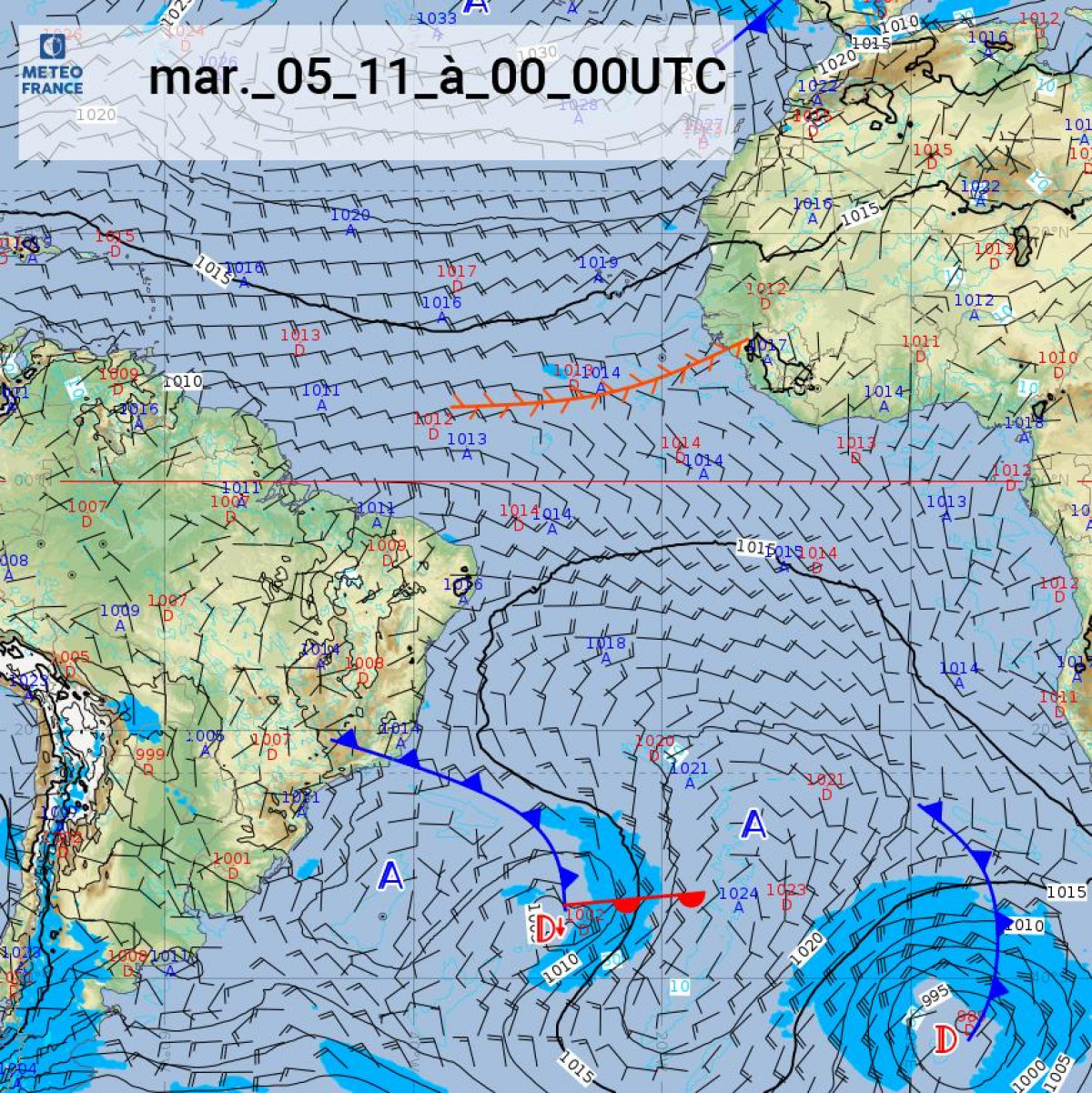