“Last night Alex and Neal were both able to get some rest onboard HUGO BOSS. In the early hours of this morning the skippers resumed their attempts to stabilise the keel.

“Despite their very best efforts, it became clear that keeping the keel attached would put the boat at great risk. With the keel attached only by the hydraulic ram, and in an unstable position, there was a serious risk of significant damage to the hull.

“We did everything that we could to preserve the keel but collectively we determined that it was far too dangerous to keep it in place.

“Therefore, with guidance from our team shore-side, Alex and Neal set about cutting the hydraulic ram to free the keel from the boat. After many hours, they were successful in their efforts and the keel is now no longer attached to the boat.

“Alex and Neal have filled the ballast tanks onboard and fully extended the foils in order to keep the boat as stable as possible. They are currently in light winds and a slight sea state, and we are comfortable that there is no immediate risk to the boat or the skippers.

“The next step is for us to put together the best possible strategy to bring the boat slowly and safely to port. We are currently exploring various options and will provide an update in due course”. 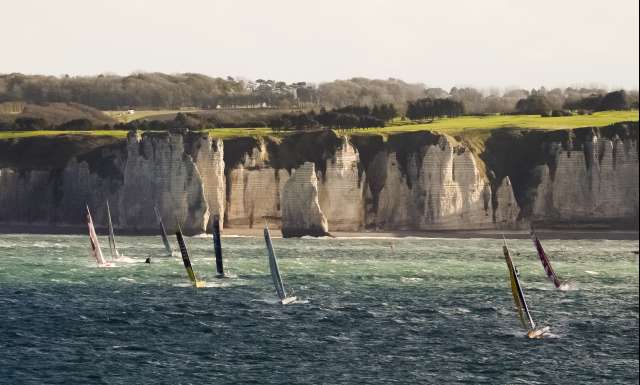