The first boat to arrive at the Terminal Náutico in Salvador de Bahia; the winners of the Multi50 class tell their story

How they chose each other...

Gilles Lamiré: I’ve thinking about Antoine for a long time. We rubbed shoulders in all the races. One day in a bar in La Trinité-sur-Mer in May, he was chatting with a friend and I heard that his plan Jacques Vabre had fallen through. It stayed in a corner of my mind. Antoine is great offshore, but also a fine regatta sailor. He doesn’t even know how many times he’s won the Fastnet! He brought huge added value to the project. We haven’t sailed a lot together, but we straight away that it was a good match.

Antoine Carpentier (winner of the 2017 Transat Jacque Vabre in the Class40): In the past, I was not too hot on these big offshore races in a multihull because it's always a long balancing act. I didn’t know Gilles and didn’t want to get involved without having sailed with him. After racing in the Grand Prix Saint-Quay Portrieux, I saw his how he handled things and knew that his experience of multihulls was a good guarantee. Gilles says that he shows a certain insouciance in the management of his project but in his sailing – that’s another thing.

The key moment of the race...

Antoine: This was clearly the passage through the ridge (of high pressure). For a long time, we wondered why Solidaires was going east. The files gave them more wind. They probably favoured the strength rather than the angle. We were a little late arriving to this weather phenomenon and it was clear that we had to make the starboard tack as soon as possible, to round the anticyclone from the south and have a good angle for when the wind turned. We also thought they had technical problems. We expected to see them stop in the Canaries. Once they shifted, the analysis of the performance gap wasn’t easy because we weren’t in the same conditions.
Gilles: Before I even passed the Doldrums, I started to believe. We were 100 miles ahead, Christian had a good feeling about the point of entry and then, I found a lucky star!

The routing of Christian Dumard...

Gilles: Christian gave us a view ahead for several days. He prepares his route very early and I think he was happy with us because we were exactly at the rendezvous of each waypoint. He made us pass through the middle of Cape Verde, it was magical. In the Doldrums, it was the same, he really guided us and it went amazingly. Since yesterday, already, I’ve been looking on the computer at our track, it's perfect. Everything happened like in a book. A beautiful book of illustrated adventures, with many that will stay long in the memory.

About their trimaran, the most titled in Multi50 history...

Antoine: Groupe GCA Mille et un sourires is not one of the latest boats. I’d done some Grand Prix on board with Erwan Le Roux, and the Quebec - Saint Malo, but it was before the addition of the foils. Now, you can wear more canvas for longer. The speeds are completely different. Before, we struggled to 30 knots, now, 35 are frequent. So I had to re-acquaint myself with the boat a little and I warned Christian that we would need a little time to adapt before ramping up and that's what happened. The further we went, the easier it was to reach the polars.

Gilles: If I have a fault, it’s that I bring a lot of material on my boats to make repairs, as if I was going around the world! I’m rather frowned upon by the sailors who cut the bristles of their toothbrushes. For them its "hand luggage only". This time, we spread everything in a room that the Cancale town hall lent us and couldn’t hide anything from Antoine! But in fact, we didn’t break anything, I didn’t even have to think aobut it - it sucks!

What this victory means to them:

Gilles: I never told myself I had to win. I don’t have the past nor the racing pedigree of an Antoine. Often they looked at me as an amateur and it pained me a lot because I saw that my projects were growing in strength, that I was surrounding myself more and more solid people and that I was getting better.

The victory in the English Transat was incredible and inevitably, it gave me the taste of winning. And now, when I start a race, I go for it. I told you two years ago that I would come back for a result. Well, the result is today. It's not a question of revenge. I do offshore racing for the love of the sea and adventure, but it's also a sport and the result counts. For my partners, it's also great because we offer this victory to people who have trusted us.

Antoine: Every time on the Route du Café, I’ve been integrated into good projects with good boats and good people. It would be nice if it became a habit! I’m also looking for partners to build my personal projects. I did the Route du Rhum last year, it was a bit ragged and I'm looking for a budget to do it again in the Class40 with the intention of winning it. 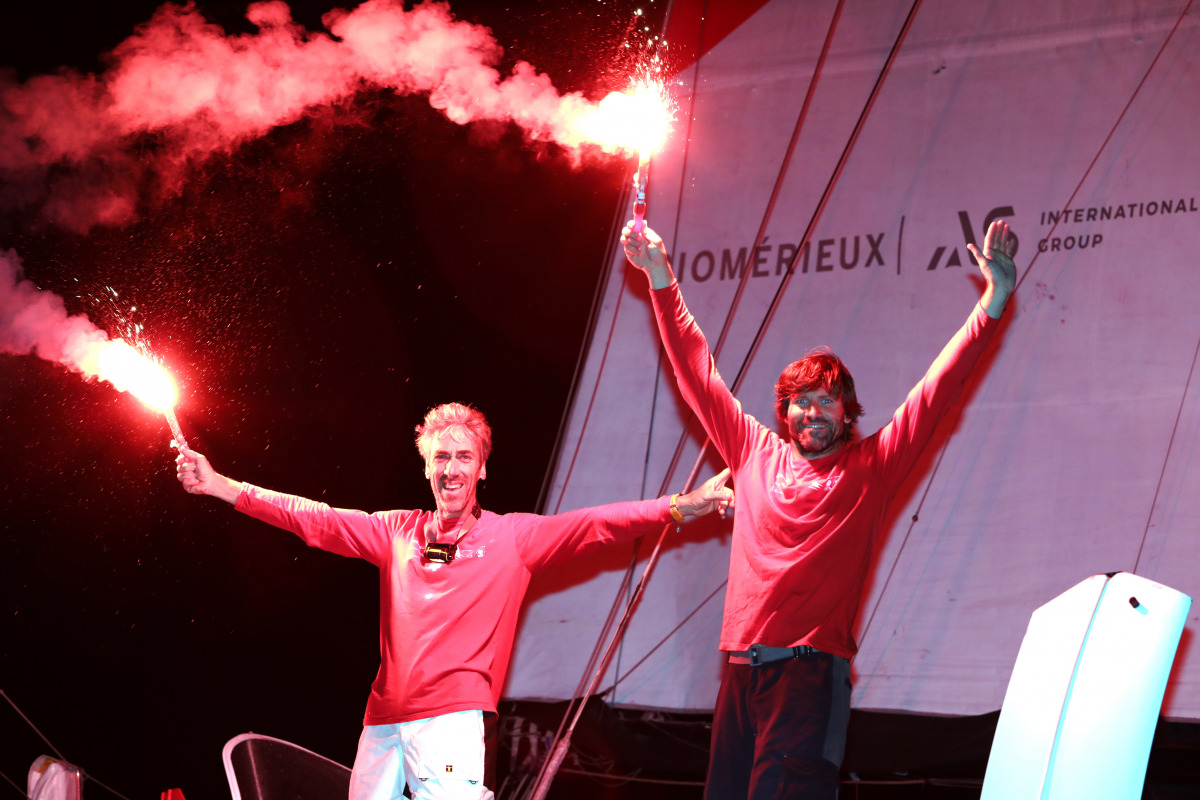