ITCZ focused on the 8° North.

1023 hPa high by 26 South and 12 West, slowly shifts to the south, extending through a high-pressure ridge to Bahia.

They will have to trim and make the best of the wind as it begins to turn in their favour. Take care, the road is still strewn with small squalls.

Arrivals are sometimes complicated at night in Bahia, where the wind becomes weak.

A less sticky Doldrums they are getting going again slowly in a south-eastern trade wind that will get stronger as they go.

The end of the race will see the trade wind from the north slowly re-establishing itself. 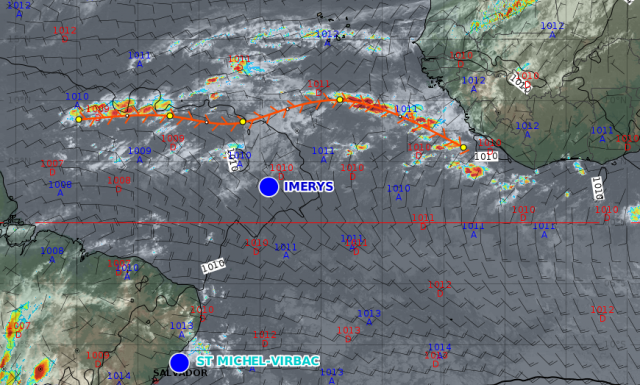